Meet Adam Due: Military veteran leads with a passion for service to others

“I discovered my commitment to serving others during my time in the military,” Adam says. “I’m passionate about helping people achieve their goals and objectives which ultimately leads to the overall success of the organization.” 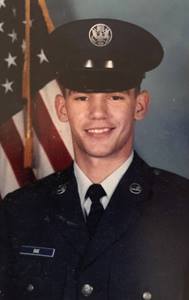 In 1995, while assigned to Vandenberg, Adam had the opportunity to transition to a civilian career directly supporting his USAF colleagues working for Raytheon Aerospace. He went on to work at Labinal, Inc., and then Ducommun LaBarge Technologies before joining Cherokee Federal in 2014.

“Many of the skills I developed in the military are invaluable to me,” explains Adam. “My attention to detail, teamwork, discipline and respect for others are exactly what I’ve needed throughout my civilian career. My advice to service members while making the transition is to trust in yourself and the skills you gained while serving and to keep learning.”

Adam chose to join Cherokee because of the company’s purpose and how his extensive experience in aerospace and defense could benefit the company and its customers.

“Adam has a passion for the Cherokee mission,” says Chris Moody, executive general manager of the engineering and manufacturing business line for Cherokee Federal. “As a veteran, he takes extra pride in servicing the warfighter. He has a deep understanding and respect for the products we make and their importance to our military’s safety and security.”

In Adam’s first role as a senior operations manager at Cherokee Nation Red Wing, he led the organization through NADCAP accreditation and its AS9100 certifications at multiple sites including Stilwell, Pryor and Tulsa, Oklahoma, and Huntsville, Alabama. He was promoted to director of quality assurance just a few months after joining Cherokee. Today he serves as operations general manager for Cherokee Nation CND, a Cherokee Federal company, in Stilwell.

“Adam has excelled at each role in his Cherokee career,” Chris says. “During his tenure we have received numerous customer quality performance accolades and awards with Sikorsky, Bell Helicopter and Boeing. Even through the challenges of the pandemic he has continued to win new customers and achieve efficiency goals in production.” 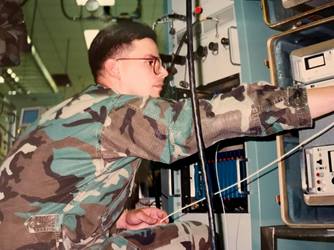 Adam shares Cherokee’s core values of purpose, respect, integrity, discipline and excellence — PRIDE — and sees them demonstrated in the workplace every day.

“People are doing the right thing while striving for excellence,” he adds. “The past year tested everyone within the organization as we navigated the pandemic. Through it all, Cherokee’s leadership demonstrated to employees and to those we support what our purpose truly is – the health, safety and prosperity of its citizens and employees for future generations. Knowing that our daily efforts directly affect the well-being of our fellow employees strengthens our sense of purpose and ultimately our ability to support the warfighter.”

Cherokee Nation CND is a tribally owned small, disadvantaged business and HUBZone company with a work force of more than 150 skilled employees and over 40 years of experience in aerospace manufacturing. Its facilities have delivered on wide-ranging projects from helicopter wire harnesses to a truss for the International Space Station.

Connect with Cherokee Federal on LinkedIn, Facebook and Twitter to stay up to date on company news.